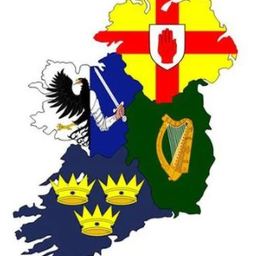 Likewise. Glad to see you kicking around. Recruited Jojo and Grik into a WWII, and very pleased that IG and Orbots joined in. Since admin is getting things rolling again, might as well get some games going, no?

Been along time, I was thinking kind of the same...clunky. Drag and drop would be nice. It would be nice to have buttons for undoing everything or last move made. And yes, when I zoom in, the map is blurry, a bit frustrating when I am zooming in to see the pieces better. My guess is that with the system reset, that it was a big lift to return to old system...perhaps...

Hey fellas, been a long minute. Glad to see yall are still around. Catch ya in a game once Ive sharpened up a little

Wow...still up after six years. Been awhile, but will be fun knocking off the rust....

And the Eastern Front...hint, hint. Looking forward to seeing this unfold...

Not sure if the bigger maps are carried along to this new version, but might as well capture some of what was learned about Alliances (as opposed to standard truces or NAPs).

The idea is that alliances may not be prone to fixed rules (yet) like the standard truce, but there are definitely principles that, when followed, avoid a lot of bad feelings that make battleforces in free for all (FFA) games less fun. So....

An alliance builds on the idea of the standard truce or non-aggression pact (NAP), by deepening cooperation between partners. In 10 or 12 player games, being in a stable alliance reduces chances of being eliminated early and ultimately increases chances for both partners to be the one to win it all.

An alliance is rational and good for the game as a standard truce as long as it follows these principles:

Clear operating agreements
Alliances can fall apart in ugly ways if partners aren't CLEAR on how they work together. Or if one partner tries taking advantage of the other while in the alliance. Or it falls apart because agreements weren't based on mutual interest.

Operating agreements MAY include some or all of the following:

coordinated attacks and defense
good faith ally (no sneaky attempts at Early Victory Conditions or working with an outside opponent against your ally)
territory swaps (temporary or permanent)
profit-sharing in gains
rough equality of territory and forces during expansion or by the endgame
shared diplomacy (including CCing or BCCing all diplomatic messages)
No alliances based on targeting a particular player as a premise
It is a bad idea to fix as an alliance agreement as a condition "until xyz is dead," because things change and if the agreement is fixed and forces the alliance taking the targeted player out long after they are the big threat, it is going to feel like a gangbang. This causes bigtime bad feelings and flamewars making FFA games a lot less fun. Fight together against the big bad wolf for sure, but don't make killing off a particular player(s) as a condition of the alliance.

Note that alliance of "until we are the last two" is more flexible, avoiding this problem and nothing prevents other players from building similar alliances.

Clear ending conditions
This avoids bad feelings during the endgame for alliance partners. Just because in the end "there can be only one" doesn't mean you have to be pissed at the other guy.

Examples: 5-10 turn notice. Or until we are the last 2 players (rather than last 3 players which likely becomes a nasty 2 on 1 in the endgame)

Following these principles and by outlining your alliance agreements as clearly as possible will help leave you in good regard with your partners and other players during and after the game. If you don't, you may burn in Flamewars, and as a worse consequence, lose a trustworthy rep.

That said, in bigger games with more players, Alliances require excellent diplomacy and communication skills and can be clean and hehe...bloody good fun.